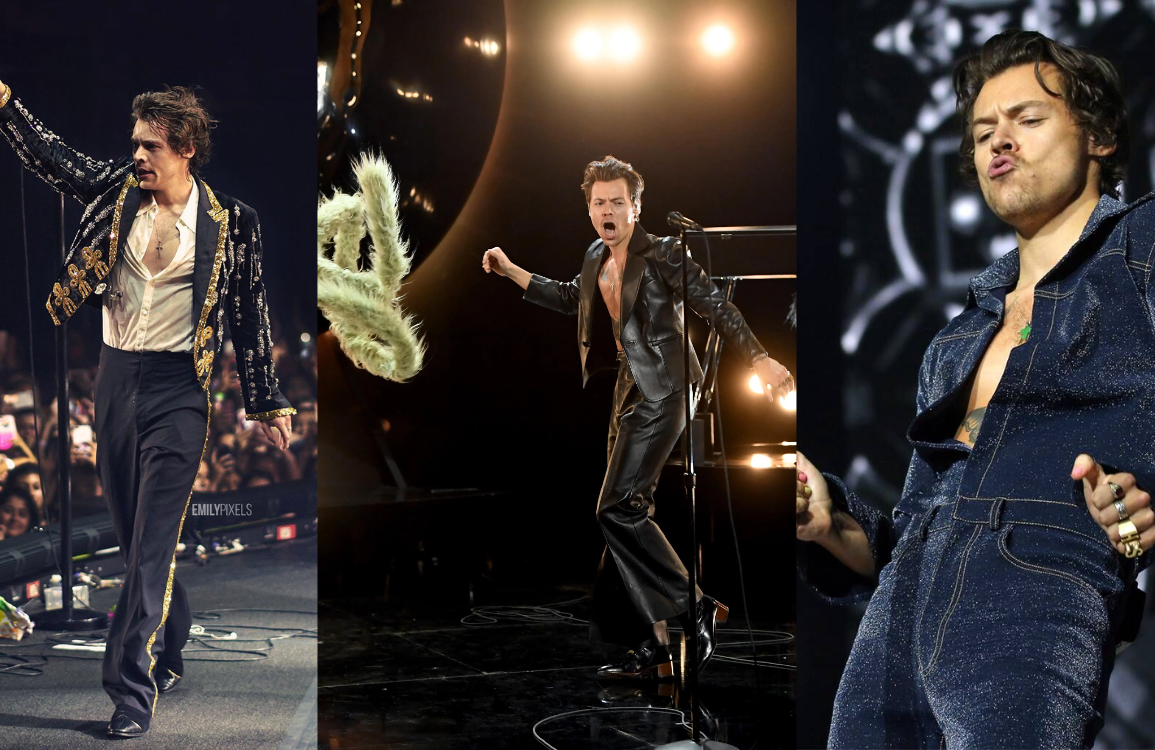 It’s been said that Mr. Styles knows how to pull off any clothing piece and what can we say, he certainly lives up to his name. The evolution of his style is fascinating, but it’s clear that in the last two years he has been more comfortable than ever playing with clothes and has given us everything we wanted to see. His stylist and himself have made some truly bold choices that leave us with no choice but to want more. Here’s a look at some of his iconic outfits on stage this year so far.

To step out in head-to-toe rainbow-hued sequin jumpsuit with a giant black fur coat in front of a 100.000 crowd? There’s never been anything more iconic. Some said Freddie Mercury would have been proud as it kind of resembled one of his iconic outfits as well.

Cowboy Harry is something we never knew we needed, but on PINK? that’s another level. Harry wore a slivery sequined three-piece outfit that featured shiny pink and silver tones, following a strict no-shirt policy to show off his tattoo placed just below his chest.

Seems like statement jumpsuits have been a permanent fixture in Harry’s style lately. He gracefully pulled off a black and white retro all-in-one by Palomo Spain, leaving, once again, the top a bit unbuttoned to reveal his chest tattoos.

For his first night on stage in London, Harry and his style team must have wanted to choose an outfit that stood out for the occasion (more than usual), and they clearly succeeded. He wore a red heart-print jumpsuit and white ribbed T-shirt with matching red trainers from the new AdidasxGucci Gazelle collection.

For London’s second concert, he wore a custom Gucci look consisting of a black T-shirt with silver sequins tucked into white leather trousers and, of course, paired up with green Gazelle sneakers. Big Freddie Mercury vibes for Wembley, and clearly something only he could look amazing in. 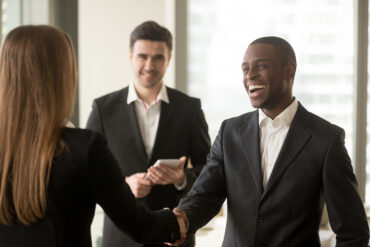 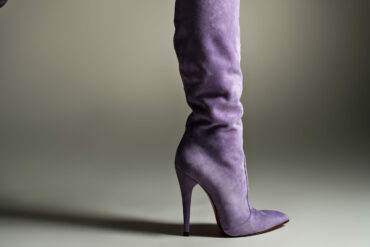 What Women’s Shoes Should Be In Your Wardrobe?

Zeen is a next generation WordPress theme. It’s powerful, beautifully designed and comes with everything you need to engage your visitors and increase conversions.